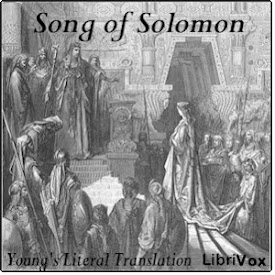 The Song of Songs, also known as the Song of Solomon, the Canticle of Canticles, or simply Canticles, is one of the books of the Ketuvim (the "Writings", the last section of the Hebrew Bible), and the fifth of the "wisdom" books of the Christian Old Testament. Scripturally, the Song of Songs is unique in that it makes no reference to "Law" or "Covenant", nor does it teach or explore "wisdom" in the manner of Proverbs or Ecclesiastes. Instead, it celebrates sexual love. It gives "the voices of two lovers, praising each other, yearning for each other, proffering invitations to enjoy". The two are in harmony, each desiring the other and rejoicing in sexual intimacy; the women (or "daughters") of Jerusalem form a chorus to the lovers, functioning as an audience whose participation in the lovers' erotic encounters facilitates the participation of the reader.
Jewish tradition reads it as an allegory of the relationship between God and Israel. Christian tradition, in addition to appreciating the literal meaning of a romantic song between man and woman, has read the poem as an allegory of Christ (the bridegroom) and his Church (the bride). (Summary modified from Wikipedia)