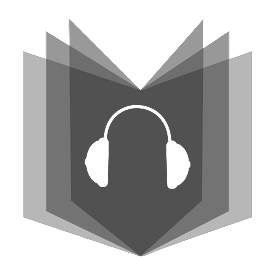 The irrepressible Science Fiction author Randall Garrett wrote a wide array of short stories for the SF magazines of his day poking fun at many of the then current cherished beliefs, but he had a habit of writing under many different names. These three stories were all published in the 1960's and no matter what the by-line may look like, be assured they were all written by him in his quirky, imaginative and very entertaining style. The three here for your enjoyment are: With No Strings Attached; The Destroyers and In Case of Fire (2 hr 13 min)

In Case of Fire

I'll just let ME be the judge of that, Deciders.

I thought The Destroyers was about thrusting capitalism down the throats of a peaceful society, a virtually if not literally SOCIALIST utopia. I thought the invaders were much like the Americans in Michener's "Hawaii" (the movie, a top-3 favorite of mine). A "field hand" winning the heart of the "massah's" daughter, and it being understood they might get well-enough acquainted for that to happen, for him to ask for her in marriage, even though he's refused (and no one is happy about that, either, except the better-heeled and educated guy who got her instead), hardly reflects conditions on plantations in the Old South. In fact despite repeated showings of "blue eyes" among the peasants, I found myself seeing Old Japan, a sweetened, softened, fairy tale re-imagining. So lower that righteous, quivering, pointing finger a moment if you will. Be a little slower to congratulate yourself on what makes your knee go jerky-jerk, and to impose it on everyone, I do mean EVERYONE, else. It's very easy for this story to "be" what you say it is, and just as easy for it NOT to be that at all. I enjoyed all three of these. Thank you for posting them, thank you Internet Archive.org, thank you Librivox, and the excellent Reader!

I am sending a thank you to the earlier reviewer for the spoiler alert about the second short story. I thoroughly enjoyed the other two stories and the narrator, Phil. I can filter much of the anachronistic language out of many readings but The Destroyers sounds like Jonathan Swift's suggestion for starvation in Ireland and that can be hard to read. Again thanks to Phil and to the first reviewer.

Good fun and very welcome as I haven't seen a new sci-fi released on Librivox in months, it seems. Thank you, Phil, for another outstanding performance.

As always Phil makes the stories even better. These were very good, even if if a little sad for some.

Especially the second story. Great stuff. Thanks for the excellent reading.

Stories are a good listen and well read - Thanks!

Another excellent Phil C reading, but be advised you may find "The Destroyers" to be extremely offensive as I did. It is a blatantly obvious alegory for the US civil war in which the slaves (never named as such) are just farmers living comfortable argarian lives under a benevolent baron. That is until northern invaders, under a dubious banner of freedom, destroy their security and idyllic existence. (No apologies for the spoiler) Considering this was published when there were violent attempts to crush the southern civil rights movement makes it doubly offensive. Did Garrett believe these things, or was he writing as a provocateur? Others will have to answer this question. The two other stories are typically entertaining Garrett, but I'm so put off by "The Destroyers" I can only give this collection one star.