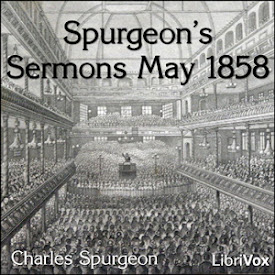 Charles Spurgeon was a popular Baptist minister in London in mid-Victorian times; his ministry was highly influential and had a significant effect on many families in London and further afield. It was difficult to find a hall large enough to accommodate the crowd who wished to hear him. At times the Royal Surrey Gardens' Music Hall was hired to accomodate the Sunday congregation; this could seat 10,000 but large numbers were unable to gain admittance.

His world-wide heritage is very much with us today through the many chuches built, missionary work begun, children's charity founded and theological colleges established as a result of his ministry.

The sermons in this collection were preached buring May 1898 and published immediately at one penny (1d.) each. These were widely circulated and remain one of the all-time best-selling series of writings. (Summary by Alan Chant)

191: Christ Glorified As The Builder Of His Church

192: The Sunday School Teacher - A Steward

193: The World Turned Upside Down

All Six Readers Are Brilliant!

The whole lot of them are brilliant. And the five others are even better than Mark, good as he is. Even the American lady did a great job, though, of course, the British have a talent for reading the Bible and spiritual literature so well. Something inherent in them! I love all six readers and I pray God's blessings be showered upon them (Tim, Alan, Justin, Andy, Vivian, etc) for the great service rendered by them in reading Spurgeon's sermons so brilliantly!

There's a reason Spurgeon is called 'the prince of preachers'. Truth beautifully said. I wish Mark Barnes would have read every one of these, I would pay that man to read me to sleep at night!