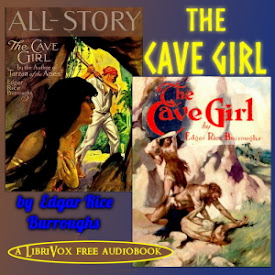 Blueblooded mama's boy Waldo Emerson Smith-Jones is swept overboard during a south seas voyage for his lifelong ill health. He finds himself on a jungle island. His bookish education has not prepared him to cope with these surroundings, and he is a coward. He is terrified when he encounters primitive, violent men, ape-like throwbacks in mankind's evolutionary history. He runs from them, but when he reaches a dead end, he successfully makes a stand, astonishing himself. While keeping the hairy brutes at bay, he meets a beautiful girl, Nadara, also on the run. In an uncharacteristic gesture, he saves her from the grasp of one ape-man during their escape. - Summary by Wikipedia (3 hr 36 min)

Tell me, is it just me or is there a mistake in the chapter "Nadara Again" at minute 1:24? It didnt quite follow. almost like she skipped a line.

pretty good. a bit short but not bad.