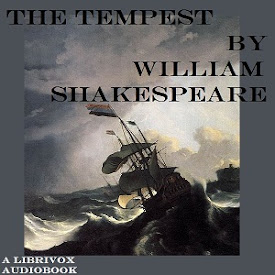 Few plays have been seen as a more fitting conclusion to a playwright's career than Shakespeare's The Tempest. Focusing on the aging sorcerer and rightful Duke of Milan, Prospero, we are transported to a remote island where magic and strange music fill the air, and the monstrous slave Caliban roams in bitterness. Seeing an opportunity to restore his slandered name, Prospero conjures a mighty storm to bring down a ship containing his wicked brother and the King of Naples, both of whom had driven him out of Milan twelve years before. By stranding them on a remote end of the island, and with the help of the airy spirit Ariel, Prospero sets out to right the wrongs that had been done to him, before renouncing his magic forever. Featuring some of the most powerful speeches in Shakespeare's canon, and with an incredible grasp on tone and the Neoclassical unities of time, place and action, The Tempest remains a formidable and moving farewell to both the Bard and the timeless works he left behind.

close your eyes and imagine you are at the globe, for surely the only thing missing is a stage... absolutely brilliant!

The readers were great. They did an excellent job of giving each character a unique voice.