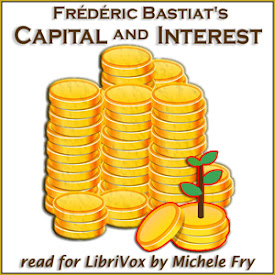 Frédéric Bastiat was an early 19th century French economist/statesman whose common sense essays tried to battle the rise of socialist ideology after the French revolution, where provisional governments were rivaling each other for power. Of central concern was who should control the money. How is wealth created? How should it be divided amongst the people? What services should government provide? Same questions we are asking now. This essay addresses the popular fallacy of the day that Capital should be available to all gratuitiously, without necessity of paying back loans, and looking upon any form of interest as Usury. Bastiat argued that capital is created by savings, and savings are what makes borrowing possible so the common man can get ahead and prosper, and lending is only worth the risk if the lender profits by it, via interest. He demonstrated the law of supply and demand, that, in essence, interest decreases as availability of capital increases. His basic premises is that without a leisure class (people who have money to spare over earning daily bread), there would be nothing to borrow, so that neither the common man nor society can prosper. Translated from the French by Horace White of Chicago. I have divided this essay up into segments for ease of comprehension. - Summary by Michele Fry (1 hr 26 min)

4. Antecdotes: The Sack of Corn, The House, the Plane

7. What is Money? What is Credit? What is Interest?