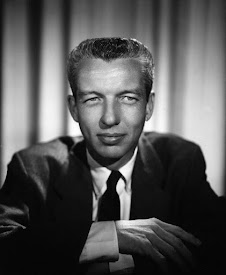 Bob Bailey is the Best... of a Great Radio Show

I agree with the other reviewers... great quality, great show. Bob Bailey was so totally believable in his ever-perfect acting on this show, I feel like I know Johnny Dollar personally! I heard the broadcasts back in Dothan, Alabama when Bailey was doing work on the "dying medium" of network radio drama. Sad that TV killed radio. Wonderful that we can re-live those "thrilling days of yesteryear..." here at archive.org. Support this great source if you appreciate culture kept for us all. Back to Bailey. He is so perfect in his character, and never gets a line wrong, of course it was transcribed, but I mean, pitch perfect, no matter what he was doing, in any of his adventures. Cool too is that characters know of him as that guy on the radio... yes, breaking the fourth wall of drama realism.. and often, as said in the other review, the mood is very complex or witty... due to two things... three... perfect production values, great scripts and direction by Jack Johnstone... http://articles.latimes.com/1991-12-02/news/mn-556_1_radio-johnstone-jack and the best actors in late-radio, as noted by our other reviewer. Virginia Gregg was wonderful. https://en.wikipedia.org/wiki/Virginia_Gregg And of course, let's enjoy all that Bob Bailey did... https://en.wikipedia.org/wiki/Bob_Bailey_(actor)

A step up in radio drama.

I am from England and was aged 2 when bob bailey made the first of these brilliant episodes. I have always been a fan of American radio and the way that the stations broadcast such amazing shows. I rate this series as the number one and my favourite radio series. It took about 4 episodes to formulate this view but then I heard the Rasmussen matter and knew that the series was the acme of its kind. The script of this episode was both dramatic and heartbreakingly sad. Virginia Gregg is so believable in her role. One of the best episodes in the history of radio half hour drama. If you are not sure about this series I would recommend you to this episode. You will be hooked. And then if you don't know this - there is an earlier series called let george do it that is well worth a listen. You lucky person.

I was tipped off by my cousin, Charlie Heinz, to these Bob Bailey half hour shows. As a show biz maven, I love to hear these shows in superb quality audio. I love the production music cues from the old MUTEL library from which the opening theme came and the incidental music. Nobody knows who composed the music. But it sounds a lot like Paul Sawtell. For those into this genre and those who wonder who the voices were. Some familiar ones are Parley Baer, Howard McNear and Larry Dobkin, who were, respectively, Chester, Doc and various villains, on radio's GUNSMOKE. Bob Bruce was the narrator for Disney cartoons and wrote a book called FOURTH BANANA about his life in the voice work biz. Those are a few of the voices. Bob Bailey had a major role in the Laurel & Hardy comedy JITTERBUGS, which can be seen on YouTube. ###

The 15 minute Bob Bailey Johnny Dollar serial run was the absolute best of OTR detective series, imo, but I'm not crazy about the switch to the 30 minute format. Jack Johnstone just wasn't a very good writer, I'm afraid, and economic circumstances resulted in him writing the vast majority of the scripts. There are some good episodes here though. My favorite episode: The Mason-Dixon Mismatch Matter (06-09-57) A few others that I liked: The Model Picture Matter (11.03.57) The Meek Memorial Matter (03.03.57) The Killer's List (03.30.58) The Blinker Matter (07.06.58) The Doting Dowager Matter (01.25.59)

I just finished listening to The Rasmussen Matter and was preparing to leave a review when I read the review posted on July 2018. This is an amazing episode! So much realistic drama! How did they manage to do it in 30 minutes?!! The story is great and the actors are all superb.

By Far, the BEST SOUND QUALITY!

This compilation is by far THE BEST SOUND QUALITY!