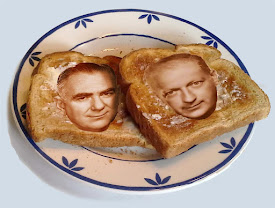 Thursday, April 01, 1976 Mary returns to the hotel. 0:00 - An tempting intro to the show, featuring a well-stocked buffet. 1:00 - Charlie Chew (based on Charlie Chan) features sledge-hammer similes and dazzling deducing. 5:00 - On Mary Backstayge, Noble Wife, the gang nervously awaits Mary's arrival, since there's nothing on TV.  Will Mary arrive today?  Will she have a new hairdo?  Listen and see! 8:50 - Bob and Ray Was There, sponsored by The Ashenfelter Whip Socket Company, dramatizes Ag and Ug's amazing prehistoric discovery and its subsequent marketing.  11:45 - An ad for something, exactly what isn't clear (sounds like the Montini Tomatoes couple).  This is followed by the nostalgic tune 'Home Town' sung by Flanagan and Allen, with music by Scott Wood And His Orchestra. 15:10 - An ad for the bicentennial sale at DeMasi Cadillac, with locations in Englewood Cliffs and Lyndhurst, NJ. 16:10 - A traffic report from Fred Feldman 17:20 - Fred Falby, the do-it-yourselfer, with handy and inefficient tips on making mosaics and window screens. 22:00 - A commercial for Time magazine.  What kind of man reads Time?  Verbose, forgetful ones, apparently. 23:05 - Public service announcements from Bob. 23:50 - Train reports, including the trophy train, followed by news headlines. 25:05 - Wally Ballew, from Huntley, Wisconsin, with a report on a high-tech countdown to the anniversary of the Declaration of Independence. 29:45 - The Charlie Chipmunk Club with Uncle Edgar, featuring a story of forest creatures and product placement. 34:25 - Kretchford Braid & Tassel presents The Pittmans, a nostalgic tale of growing up in bucolic Oklahoma.  Today's episode features the plagiarizing of Burma-Shave roadside advertising and the poetry of Samuel Taylor Coleridge. 39:05 - Squad Car 119, brought to you by Einbinder Flypaper, presents an exciting tale of hold-ups and cashing paycheques. 42:45 - A commercial for TWA read by basketball star Rick Barry, offering movies on every flight.  For TWA, being the best isn't everything; it's the only thing.  (Wouldn't that make it everything?) 43:45 - On The Gathering Dusk, Miss Bessinger hopes that Bureau Of Missing Persons Director Brockstaff can solve the mystery of hundreds of missing persons, and thinks that she may have found a bit of one. 47:20 - Closing the show, and what's coming up on WOR. Annotations by Harry Wilson