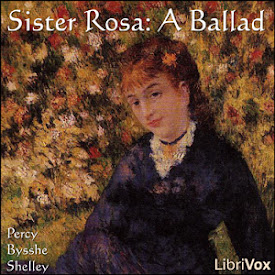 "Sister Rosa: A Ballad" is from Chapter 2 of the 1810 Gothic horror novel St. Irvyne; or, The Rosicrucian by Percy Bysshe Shelley. The main character of the novel is the outcast Wolfstein. Ginotti, an alchemist, seeks to impart the secret of immortality to him. St. Irvyne is a classic novel of Gothic horror which is replete with poems such as "Sister Rosa". Shelley also wrote Zastrozzi and in 2008 was credited as the co-author of Frankenstein.