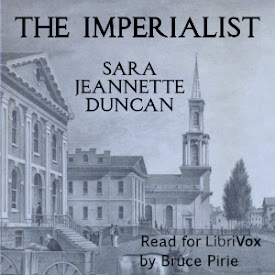 “The Imperialist,” a novel by Sara Jeannette Duncan, published in 1904, is a portrait of life in small-town Ontario at the beginning of the 20th century.
At that time, English Canada was torn between affectionate loyalty for the “mother country” (Britain), and, on the other side, hard-headed respect for the demands of life in the shadow of the dynamic American economy. (In a by-election, one party pushes for establishing a preferred trading relationship between Canada and Britain: this is the “imperialist” position referred to by the book’s title.)
Main characters find themselves in problematic love stories that unfold against the backdrop of a society that is working out its national identity. These national issues would continue to vex Canada for decades to come. The author is ambivalent about the larger debates, but offers richly specific, subtle, and entertaining observations of manners and morals.
In the decades since publication, “The Imperialist” has been increasingly appreciated as a landmark in Canadian fiction. Critic and scholar Peter Allen has written: “Duncan is an eloquent and important witness to the ambiguity of [Canada’s] developing national identity in the years before World War I.”

NOTE: In this novel, a brief depiction of Native Canadians uses what we today recognize as offensive stereotypes. It is LibriVox policy to record texts as their authors originally intended. *
- Summary by Bruce Pirie (12 hr 24 min)

I "got through" ch. 1 & 2, then ch 3 hooked me! At first I was put off by the influx and pace of the narrator. This listening experience took me "out of my comfort zone". The literary form, --if only new to me, struck me at first to be, sorry to use slang here: weird. BUT THEN all of my misgivings vanished as the pace, language, inflections and literary pivot began to lavish my mind with a well-told story about status, convention, ambition's many disguises and the human dilimma.