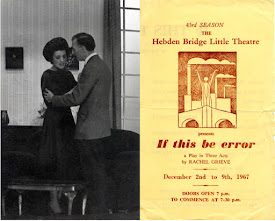 If This Be Error by Rachel Grieve

Probably the most embarrassing moment in a stepmother's life is the moment when she first meets her stepchildren—especially if they are old enough to be critical and young enough to show it. So it is no wonder that on the day she arrives home from her honeymoon Dr. David Moore's second wife Caroline is just a little nervous. It is a charming house in a South Coast resort and no one could be kinder than David, a typical general practitioner in his late fifties. As a matter of fact it may not be such an ordeal after all: the doctor's son Charles is married so she may not have to see much of him, and there only remains Nina, his daughter, who more or less keeps house for him. There, of course, a little tact may be necessary, for Nina, an ardent amateur painter, is by way of being temperamental. She shows no signs of getting married. As her father says ' This place isn't good enough for Nina. and neither are the local men.' Well, tact plays its part-for the time being at any rate-but there is one rarher mysterious circumstance. Several people in the town are convinced that they have seen Caroline before and none of them at the moment can recollect where. Or perhaps they have seen her picture in the papers; but none of them can recollect in what capacity..... Dr David Moore: Caroline Moore: Mrs Mack: Nina Moore: Barbara Moore: Charles Moore: Nick Grant: Radio Theatre . SA

If This Be Error