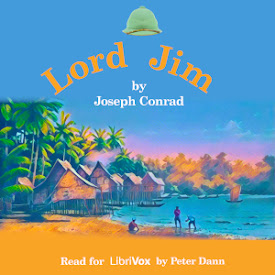 While it's not often described as such, "Lord Jim" can be viewed as a kind of love story whose real theme is the close bond which develops between an older and worldly-wise sea captain, Marlow, and a deeply troubled young sailor called Jim who, in the opening phase of the story, commits an act of reprehensible cowardice for which he is publicly shamed. While the novel's nominal focus rests squarely on Jim and his subsequent attempts to rebuild a sense of self-worth through his involvement in the life of a jungle community, we hear most of Jim's tale from the mouth of Marlow, who watches Jim's progress with the loving and respectful concern of a father overseeing the moral development of a wayward son. It's worth noting that the story of the fictional SS Patna, retold here, is closely based on true events. (Summary by Peter Dann) (12 hr 51 min)