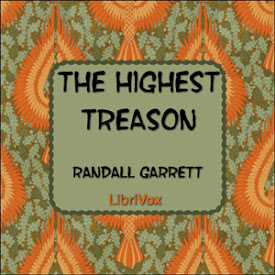 Set in a future in which humanity’s dream of total equality is fully realized and poverty in terms of material wealth has been eliminated, humanity has straight-jacketed itself into the only social system which could make this possible. Class differentiation is entirely horizontal rather than vertical and no matter what one’s chosen field, all advancement is based solely on seniority rather than ability. What is an intelligent and ambitious man to do when enslaved by a culture that forbids him from utilizing his God-given talents? If he’s a military officer in time of war, he might just decide to switch sides. If said officer is a true believer in the principles that enslave him and every bit as loyal as he is ambitious, that’s tantamount to breaking a universal law of physics, but Colonel Sebastian MacMaine has what it takes to meet the challenge. (Summary by Lee) (2 hr 30 min)

Sebastian MacMaine is a war strategist who truly loves his world and his species. So, why does he actually HELP a General, a POW in his prison to escape? Why does he become a turncoat? Why does he ask for command of an enemy (and alien!) ship? Why does he use his skills to defeat earth fighters in over 10 battles? And WHY does HE command his new allies to hang 100,000,000 humans on a defeated world (when even they shrink from such a barbarus act)? To "send a message to earth"? What message? Why does he want to be remembered forever as "the butcher"?! This superbly written story is read by Lee Elliot who does a very good job of giving life to the words.

Science fiction and human interest all rolled up into one is pretty interesting. The human race has become lazy and complacent, and they are doomed to lose the war with the Karoths. MacMaine can see it coming. He also sees that the only salvation for the human race is to free it from its self-imposed strait jacket of equality. But if no one will listen to him, what else is there to do? His solution is effective, and heart breaking at the same time. The reader is excellent, and the recordings are also well done. I really enjoyed this story.

Blah...leaves a bad taste in your mouth!

This story was pretty good until the end, it really teaches a bad lesson. Doing evil so that good may come, is EVIL, and the road to hell is paved with good intentions. The kind of attitude that the Author presents as the main point of the story is no doubt the same attitude that terrorists and Hitler types have/had, and deeply flawed.

Great read. Good story, plot- theme and psychologically interesting - good character builds and dialogue.. Enjoyable and makes you think too... Interesting ending with a twist. Thanks...

Good reader. Many thanks to her. I understand the story's concept, but it is difficult to accept in purely human terms!

A great story even if you can see the ending long before you get there.

Rarely has a book confounded me so, an excellent plot and very well read.

Nice story for sure. Awesome read! Thank you very much. hurleyinnh