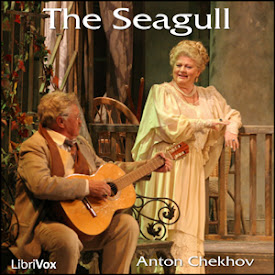 The Seagull (Russian: Чайка, Chayka) is the first of what are generally considered to be the four major plays by the Russian dramatist Anton Chekhov. The play was written in 1895 and first produced in 1896. It dramatises the romantic and artistic conflicts between four characters: the ingenue Nina, the fading leading lady Irina Arkadina, her son the experimental playwright Konstantin Treplyov, and the famous middlebrow story writer Trigorin. (Wikipedia)

Maybe I'm just not intellectual enough, but I had a hard time understanding the story on my first hearing. I think I understand it now. I did find the reading ill paced with little real emotions in the reading. According to IMDb, a film version of this play will be coming out in 2016.