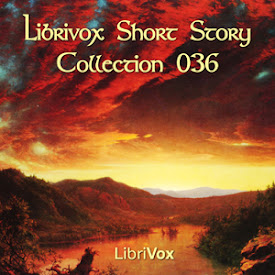 A collection of 20 short works of fiction in the public domain chosen and read by a group of LibriVox members.

The story of The Lamplighter (by Charles Dickens) is a special group reading, done by the following LV volunteers during a 2009 Librivox meeting in London, UK: Philippa, Cori Samuel, Alex Foster, Hugh McGuire, Chris Hughes and Gesine. (7 hr 35 min)

The Box of Robbers

How The Prince Saw America

The Loves of Alonzo Fitz Clarence and Rossanah Ethelton

The Other Man's Wife

Something Will Turn Up

Told at the Club

Although I am agnostic this "believer" redemption story of a calculating wealthy man in business but also investing in charity primarily for gain. The main character does not see the contradiction between his material success, donor to charity only if there is some gain for him(e.g tax write offs). He has a dream and going to the afterlife where he finds that among the many poorer accepted into heaven have large mansions for them to live in. An ethereal guide takes him to his heavenly abode and it is nothing but a pathetic shack. He is told that although he invested much money into charity, he did so selfishly. I find this 19th century allegory pertinent to today in 2013 where there is such a disparity of income, where we are regressing back to the "bad old days" of child labour, racism, poverty, shortened life span, etc of the middle, working and poor class. What is worse today is the overwhelming prevailing psychological danger of compartmentalization. The masters of this earth today are afflicted with it. One moment they will be talking about the optimism of laissez faire economic "trickle down", and charity taking the place of the public sector, etc. In the next hour the forget totally about their feelings(not actions) of compassion, and are in meetings to see how they can monopolize, kill off small mom and pops stores, and the need for a war for exploitation... The Nazis were an example of extreme compartmentalization where they could torture and kill in the death camps during their working "shift". Yet come home as if nothing happened. They have entered another compartment at home, love their wife and children, shed a tear at hearing a moving piece of music, etc. We in the USA have leaders who are sinking into this evil of compartmentalizing. I doubt that anyone in the Bush and Obama administrations has any compunction about the death and destruction they have wrought in the middle east.