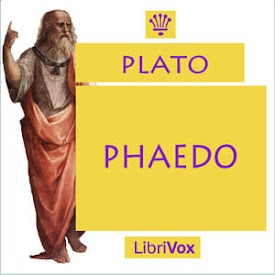 Plato's Phaedo is one of the great dialogues of his middle period, along with the Republic and the Symposium. The Phaedo, which depicts the death of Socrates, is also Plato's seventh and last dialogue to detail the philosopher's final days (the first six being Theaetetus, Euthyphro, Sophist, Statesman, Apology, and Crito).

In the dialogue, Socrates discusses the nature of the afterlife on his last day before being executed by drinking hemlock. Socrates has been imprisoned and sentenced to death by an Athenian jury for not believing in the gods of the state and for corrupting the youth of the city. The dialogue is told from the perspective of one of Socrates' students, Phaedo of Elis. Having been present at Socrates' death bed, Phaedo relates the dialogue from that day to Echecrates, a fellow philosopher. By engaging in dialectic with a group of Socrates' friends, including the Thebans Cebes and Simmias, Socrates explores various arguments for the soul's immortality in order to show that there is an afterlife in which the soul will dwell following death. Phaedo tells the story that following the discussion, he and the others were there to witness the death of Socrates. Source - Wikipedia (3 hr 3 min)

Henry Aristippus first translated Plato's Phaedo from the Greek to Latin in AD 1160; and Benjamin Jowett translated it from the Latin to English in 1871. But not since Socrates spoke the words himself, have his words been given such life. Mr. Neufeld gives an excellent reading. The tempo of the dialog, the voice inflections of all who were present with Socrates, makes it a pleasure to listen to. I give it 5 stars.

kudos to mr neufeld for a marvelous reading.

Excellent. I have listened to this 20 plus times. If I was a wealthy man, I would pay the narrator to read all books and any books I would ever write.

Beautifullly and vividly portrayed Socrates on his last day.

Triumphant and Timeless, like the Soul! A great reading.

This was an excellent presentation of Phaedo.

An excellent, well-metered reading, one which emulates the calmness, humor, wisdom, stoicism and strength of the Great Gadfly as well as imagination permits. We have a quintessential look at Socrates’ method, though he appears in a building mood rather than a critical one. We also get a vivid description of the Classical Greek view of the afterlife. One gets the impression that Socrates uses his lectures on the next world to comfort his followers more than himself.