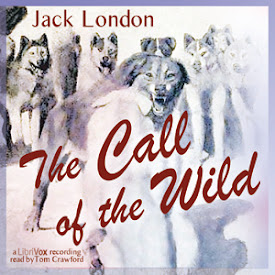 The Call of the Wild (Version 2)

This is the story of Buck, dog napped from sunny California to snowy Arctic during the Alaska gold rush. This deservedly famous book has been already recorded by LibriVox and downloaded more than 100,000 times. Why, then, would anyone suggest another recording? Because this will be a Solo recording. One of the joys of LibriVox is also a source of frustration for some listeners. That is, getting used to a narrator just in time for it to change! So, with apologies to Gordon, Kristin, Jean, and Miette, I am doing a solo. (Introduction by Tom Crawford)

4 - Who Has Won to Mastership

5 - The Toil of Trace and Trail

7 - The Sounding of the Call

This book was not actually intended specifically for children, that's just one of the misinterpretations our misguided societal way of thinking. We hear people say it's a children's book, when, in fact, it isn't. And we don't know. There are detailed descriptions of extreme cruelty, and there is also mild language that may be offensive to parents of smaller children, such as "hell" and "damn," as well as what appears to be the n-word when referring to the monkey's "little [____] faces." So, you've been warned, now you can't complain!

boring telling the same story over and over again

This only had the odd numbered chapters.