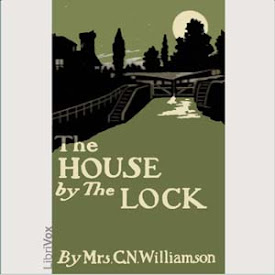 The House by the Lock

What secrets lay within the walls of the house by the lock? What secrets, if any, are held by the man who owns that mysterious house?

A body is found in a backwater creek not far from the house by the lock, but what leads Noel Stanton on a quest to determine who the killer might be is more than merely the disappearance of his American friend Harvey Farnham. He has reason to believe that the wealthy and influential owner of the house, Carson Wildred, might somehow be implicated in the coincidental disappearance and murder. But as Stanton's search progresses, he learns that his friend is safe and sound back in the U.S. and he therefore must learn more about the house itself with its peculiar construction, it's hidden passageways, and the peculiar smoke occasionally seen rising from its inaccessible areas. But everything is accounted for by the police, the servants, and Mr. Wildred during his investigation, leaving a most strange mystery left for Stanton to unravel. (Introduction by Roger Melin) (6 hr 13 min)

What hold does that man have on the heiress?

“The House by the Lock” is a decent story. The main character falls in love at first sight with a sweet and beautiful orphaned heiress. Even though she seems to have a tender interest in him, she lets him know, that for reasons she dare not reveal, she must marry a man she does not even like, and her respectable guardians are pushing for the other man. Through a series of circumstances, our hero gradually begins to suspect this other man of dastardly and criminal deeds, perhaps even murder. He ends up traveling across the Atlantic on a rushed journey from England to New York, Colorado, and California in order to gain some clues that would bring to light the villain’s past deeds. He soon begins to even fear for the safety of his beloved while he is away. The mysterious house could have had more play in the story, since it has the title role, but it played its part. Chaste romance/mystery/adventure.

Good mystery, I liked it.

Noel Stanton meets a lovely lady who he feels bound to but who is engaged to someone else. He decides that he will content himself with being her friend, but then a dismembered body appears in the lake by the house of her fiance. Worse, it appears that his friend Carson has disappeared. Noel is told that his friend has arrived safely in America, but something in the story just doesn't pass muster. This leads Noel to America to investigate the situation personally, and in the hopes of saving his beloved lady. Roger Melin is an excellent reader. The story gets a bit tedious here and there, but over all is a great story and kept me listening. Enjoy!

The hero of our story, is as tenacious as a Terrier with a tennis ball! The villain, is a nasty fellow, with money, and, an insatiable desire for more! Great characters, fast paced adventure, & all for Love...What more can you ask for, I wonder?

An enjoyable read, if a little bit drawn out, but the entertaining language/prose makes up for that. The narator was a joy to listen to as well, his voice gave you the feeling of reading a story that was written some time ago.

It is a good one

I enjoyed this story. I know that if I had been reading the book it would've been hard to put it down.

Great for a lazy afternoon

An interestig book with the perfect chivalrous hero and the sweeetest heroine one could ask for. A great fast paced adventure. Recommended.

good bedtime listening and well read. If the plot is a little disappointing towards the end it is still worthy or a read.

the house by the lock

Story runs around the subject a lot but generally a good read. Of course the reader is excellent.