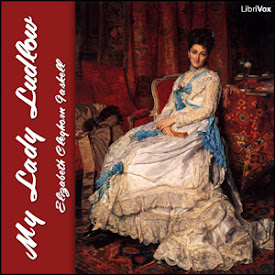 This novella by the acclaimed Elizabeth Gaskell follows the reminiscences and life of aristocratic Lady Ludlow, told through the eyes of one of her charges, the young Margaret Dawson. Lady Ludlow epitomizes the unwillingness of the old English gentry to accept the progression of social reform and technology, such as education for the poor and religious leniency. She reminisces about her friends in the French revolution and tries to protect and guide the numerous young ladies she has taken under her care. [Summary by Rosie] (7 hr 11 min)

Thank you, Libravox readers for an excellent collaboration! This is the only joint effort I have listened to with consistently high quality recordings and readers. Yes, as one reviewer wrote, there were a couple (two or three!) little mispronounciations ... it didn't in anyway hamper my enjoyment of a wonderful book. I have heard this book criticized as being too much "in defense" of Lady Ludlow's old fashioned views. It is nothing of the sort. It is a wonderfully crafted, critique of those views, which is subtile, gracious and informative. I enjoyed this novella very much and would recommend it to history lovers.

Elizabeth Cleghorn Gaskell’s My Lady Ludlow (1858) first appeared in serial form in Household Words, and consists of recollections in the narrator’s distant past, of Lady Ludlow, whose views, values, and sense of style were informed by Georgian society, pre French and American revolutions. The narrative is about changing times and values, but also about loss, commitment, and the way in which a society undergoing massive sea-changes and industrialization damages everyone, but it also breaks down the old restrictions and strictures, allowing the forging of emotional bonds between people who never would have had the opportunity in the past. Gaskell’s novels contain many themes, and My Lady Ludlow reflects them (albeit in miniature given that this is a novella), namely the impact of the industrial revolution on society, women’s economic limitations and dependence on marriage, and the impact of various revolutions with the ideas of the philosophes, are all treated in My Lady Ludlow from a perspective that is rather unique. Lady Ludlow is a rather tragic figure, whose husband dies, son turns wastrel in Italy, and whose values are challenged at every turn: dissenters, democracy, industrialization, and the education of the working class. The story within a story traces the saga of two distant relatives of Lady Ludlow who are caught up in the French Revolution. Even though they are cash-poor, while land-rich, and one has very socialist sympathies, they are not spared in the immediate post-Revolution mob rule. The young aristocrat who has taken refuge with Lady Ludlow in England, returns to rescue his beloved, who has stayed in France because she believes in the Revolution. It is ultimately a sacrificial act, and while he does find her, they are imprisoned together. She has an opportunity to escape if she marries one of the executioners, but prefers to die with her beloved. Lady Ludlow is sometimes unsympathetic, but her sense of duty and her commitment to her poor relatives, including the narrator, Miss Golindo, and others, demonstrates a generation at the crossroads. From a historical perspective, the novel is a fascinating depiction of the early to mid 1800s. From the perspective of narrative, the story is one of resignation, dashed hopes, and ultimate gratitude. Through the eyes of a bright, young daughter of a rector whose disastrous investment devastate the household just before his death, one sees how limited one’s life would be if one is part of the gentry, yet poor and unlikely to have decent prospects at marriage. Complicating the situation is the fact that the narrator has a terrible accident that leaves her permanently lame and in pain. The constant presence of pain and suffering in the novel functions as a constant reminder that while new opportunities emerge, nothing happens without pain, loss, and disappointment. Lady Ludlow comes in conflict with an idealistic young man who wants to teach a poacher’s son how to read and do mathematics, a new Anglican church rector who echoes some of the dissenters’ ideas, and a railroad wishing to obtain a right of way in order to construct a railroad through her land. While the conflicts might seem curmudgeonly or trivial, the reality is that decisions made in order to preserve the ancien regime and the old ideas have a portentous impact on the community – they mean modernity and permanent change. While the destruction of the landscape and way of life are permanent, to resist means certain poverty and isolation. The characters themselves all reflect isolation and emotional poverty themselves until they adapt the new changes, and thus put themselves in a position to open new doors for themselves, both commercially and emotionally. In the end, Lady Ludlow dies a very painful death while she waits for a visit from her wastrel son never does return to her in the way she wishes. She has sacrificed everything to him and to the idea of birth, nobility, rank, and duty, even after his debts have devastated her. In the novel, this fact further illustrates the solipsism and cruelty of privilege, and makes it much easier to embrace the diminution of the aristocracy and to accept a change in a way of life and also in the essential order of things.

A variety of readers which is ok but one is preferable from a readers point of view as change of accent and gender skews the story as it seems to be coming from another point of view, time and place. Confusing. Also some of the American readers seem to be in a massive hurry as if trying to get the story out of the way. Why? Hard to follow or to get absorbed into the story. Again, if the reader from a different country to the one in which the narrative is placed is going to read place names it would be great if they took the trouble to check how they are pronounced. For example Leicester is pronounced Less-ter NOT Leekester!! And in France the Quartier Latin is not Kwartee-er latine. Also in English the quay of a port is not pronounced Kway but Kee. Maybe in American English it is kway ? But these errors takes the attention away from the context , makes one wonder whether the locus of the story has moved. Very distracting. Otherwise thank you to the readers for giving their time.

as usual the author weaves lives of a "simple" 1700s village. This entails stories of French Revolution, shifting social roles, and loves, losses and Faith. The second half began to tick my memory, though I am sure I had never read this book, it dawned on me the sections regarding the poachers boy education. it had been characters in a BBC miniseries some years ago. Multiple readers, all quite good, female, and less of a distraction given the length of each chapter. Consistent in some of her other books is a rather gentle ending that allows for update of the villagers as the book ends...always too soon for me!

A sweet story - enjoyed it very much.

sweet, light, humorous, and too short!