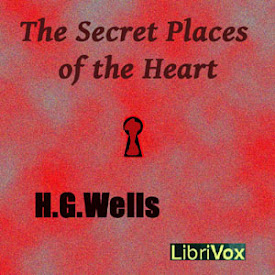 The Secret Places of the Heart

Richard Hardy, a member of the British gentry, tries to resolve problems in his marriage as he travels with a psychiatrist. The book is to a great extent autobiographical. H. G. had read some brilliantly composed articles by a writer who wrote under the name Rebecca West. In one piece she called H. G. "pseudo-scientific." He contacted her and asked what she meant. When they met for lunch, it was the beginning of a very intense and volatile relationship. Soon she was pregnant, so he divided his time between her and his wife Jane with their two sons. After World War I, Rebecca became more demanding. She wanted him to divorce Jane. Finally, in 1923 Wells told Rebecca she should either get serious about her writing or break off their relationship. The criticism stung her. After a speaking tour in the U.S., she returned newly independent, and the two went their separate ways. In this novel H. G. based the character Martin on Rebecca, who both mesmerized and repelled him. (Summary by Bill Boerst) (7 hr 24 min)

Read by A. J. Carroll

Read by A. J. Carroll

This started in one direction and ended up in another. Somewhere in the middle of the narrative, the focus seemed to change. I guess it stayed on course since it was a story of one man but after a certain point, it felt completely different. Similar to what happens when you start writing a story, get halfway through it, put it away for a few years, then finish it from where you left off. Just my take on it, I'm sure most people will feel better about the book.

it was too distracting to have a different reader for each chapter so I could not finish the book.