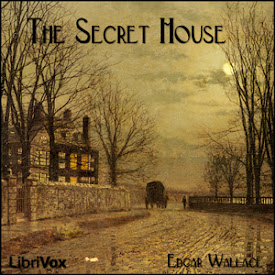 A stranger and foreigner arrives at the offices of a small publication in London only to be faced by the “editor” whose face is completely swathed in a veil. Nothing is as it seems, and it quickly becomes evident that both are bent on more than lively gossip about the elite. Blackmail and opportunism is the order of the day. When two men are found shot to death outside the door of Mr. Farrington the millionaire who just happens to live a few doors from T. B. Smith, the head of the secret police, the connections to blackmail are not long in coming. Were these men shot by the blackmailer? Who is actually what he seems to be? (Summary by Don W. Jenkins)

I enjoyed this story

I would so LOVE to have a house like the 'secret house' of this story. The story is also great. You know pretty early on who the bad guys are, but the tale is entertaining as you wonder how the good guys are going to catch the bad guys, and if the one bad guy who you really don't like is going to get away or get caught this time. There are lots of ups and downs, but they were plausible enough that I really enjoyed the story. Don is a great reader. He also does a nice job with voices. Thanks Don!

I enjoyed the story but didn't find myself thinking about it between episodes. Perhaps a few too many characters? But even so, there was plenty of suspense and enough surprises to keep one's interest. As usual Don Jenkins's reading was exemplary, and brought the characters vividly to life, although American accents for such essentially British characters never sound quite right.

This is the 3rd Edgar Wallace book I've enjoyed, and my only complaint is,,,,it wasn't long enough! Lots of characters, twists & the bad guys get Wacked! I love a good guy getting the upper hand. just in the nick of time!

I like this as clues were being revealed there was other action at a nice pace. No trials for the criminals in that part of England.

the best so far by this author. well written well read and moved at a good pace.