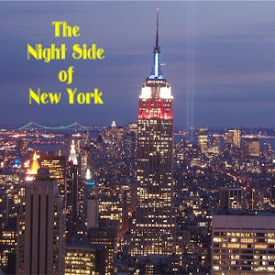 The Night Side of New York

This nonfiction collection of sketches, by "members of the New York press," takes the reader on a tour of 1866 New York City after dark, with stops along the way to vividly depict scenes ranging from the splendid to the squalid - but focusing largely on the latter! (Summary by Grant Hurlock) (7 hr 22 min)

03 - Saturday Night at a Pawnbroker's

09 - The Tombs on Sunday Morning

11 - Where Germans Most Do Congregate

15 - Our All Night Eating Houses - By a Flunkey

18 - The Lairs of Misery and Crime

22 - A Saturday Night at the Old Bowery

I really liked this

This is a collection of short pieces, written supposedly by a group of anonymous reporters from New York newspapers. Each piece focuses on a type of venue that stays open late into the New York night, late in the Nineteenth Century. It’s a fantastic little series, describing the eateries, clubs, police stations and theatres: the whole midnight nation of the metropolis.

Listen at your own risk

Boring, tiresome and, in at least one chapter, endlessly anti-semitic.