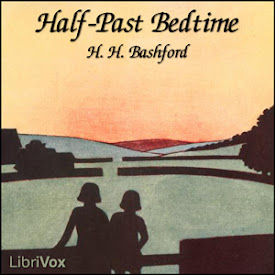 Ah, the wonderful adventures of Marian after she meets the strange Mr. Jugg. "And who are you, Mr Jugg?" she inquired. "I'm the King of the Bumpies," he replied. When Marian was puzzled there came a little straight line, exactly in the middle, between her two eyebrows. "What are bumpies?" she said. "My hat!" he gasped. "Haven't you ever heard of bumpies?" Marian shook her head. "Oh dear, oh dear!" he sighed. "Have you ever heard of angels?" "Well, of course," said Marian. "Everybody's heard of angels." "Well then, bumpies," said Mr Jugg, "are baby angels. They're called bumpies till they've learned to fly." "I see," said Marian, "but why are they called bumpies?" "Because they bump," said Mr Jugg, "not knowing how." (Summary by Phil Chenevert and from the first chapter) (4 hr 24 min)

08 - THE HILL THAT REMEMBERED

Not As Good As I'd Expected

I didn't enjoy this nearly as much as I expected to, and I can't really figure out why. I feel like it should have been just my thing, and I'm disappointed it wasn't. All of the stories were set in the same village and featured a magical element. Unusually for this genre, the adults were accepting of the magic and at times participants. The final story was very special and was the best in an otherwise mediocre collection. I've listened to a number of science fiction books narrated by Phil Chenevert, but this is the first time I've heard him narrate a children's book. I think I like his reading of a children's book much better.

This is the most wonderful bunch of children's stories that I have ever heard. Or perhaps they are really adults' stories in slight disguise? Perhaps I feel this because they brought back some of the adventures I had when I was young. Playing in "the woods", and "the canyon", and the creek nearby. Earl once proclaimed that I was the greatest tree climber in the world. What more could I ask?

a unique children's book... definitely has a different twist on some of the standard ideas! I would definitely listen to it again...

I listen to it every night to help me go to sleep! Charming stories