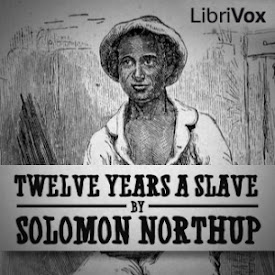 Twelve Years a Slave is the memoir of a freeborn African American from New York who is kidnapped and sold into slavery. After being held for twelve years on a Louisiana plantation, he is eventually freed and reunited with his family. (Summary by RobBoard) (8 hr 4 min)

Truly this man is a literary genius. The depth and detail, heart and passion the author puts in the book is astounding! Such a vivid account, and at the conclusion you cant help but love and respect the author. Narrator does a great job on the book, but I would have preferred to hear a black man narration of this piece. it doesn't take away from the power of this book though.

Made me hug my chuldren!!

Amazing book! It gives you so much insight into the horrid life of slaves! It truly makes you hug your children!! I would end up like Liza if the same had happen to me. My heart hurt for those poor people! The writer makes you feel like your there. Reader also does an amazing job.

The book itself, as with other slave memoirs/narratives is quite emotionally gripping. The reader at times will find passages difficult to read. Perhaps it is precisely those difficult passages we should read the most carefully and thoroughly. Slavery is an ugly, inhuman institution, the likes of which few parallels can be found. I am compelled to believe in the integrity and credibility of Northups' narrative not only because of his stated effort toward accuracy but because the ugly and heinous acts he recounts are multiplied across other narratives by slaves of a similar time period in similar regions. NARRATION: The narrator on this librivox recording was professional-grade. It isn't always easy finding a high quality audio book in the public domain because...let's face it - there is a reason some people are paid to do it and others never will be (myself included!). But this narrator did a fantastic job throughout the book and is deserving of commensurate praise for his efforts.

I wanted to read the book before watching the movie. I enjoyed it very much, however I was slightly disappointed at the reader's accent. I feel a neutral accent or a soft east coast accent would have been more appropriate. as I continued the story,the reader's accent became less of an issue for he had a clear and pleasing voice.

i have watched 3 versions of him life in movie/tv form and now read the book. they all sync up pretty good, so if you saw the movie then no new information really comes from the book. i have read MANY slave autobiographies and his is not the most fascinating or horrific. but still important to read because of the information about kidnapping in slavery and that there was almost no hope for someone in that situation. the reader does have an accent that just does not fit with a NewYork US black mans story, so its is kind of funny - but you get use to it. IT YOU REALLY WANT INTERESTING, RESEARCH THE EVENTS NORTHUP'S DEATH/DISAPPEARANCE. did he become a vagabond and leave his wife and family after returning to them? did he get kidnapped again and sold as a slave? or did someone seek vengeance on his life after his story was told? hmmm interesting.

The book is excellent, and I was quite surprised that Uncle Tom's Cabin became so well known while this book relatively unknown in recent times. It is only because of the film did I hear about the book (and I wanted to "read" the book before I see the film). Northrup's testimony is impressive and his ability to distinguish between shades of evil, even among slave-owners, and the influence of society and cultural norms on morals, is admirable.

Beautiful reading; thanks so much. I cried several times. It's so cruel to think a real person suffered this kidnapping and slavery! Solomon Northup's observations of the brutes with bad masters, and his inclusion of the two kind slaveowners, gave this book such fairness and depth. Mr. S. Northup's true decency is woven throughout this book. Thank God Solomon Northup was ultimately delivered, and was able to produce this important document, especially valuable in these troubled times.

At first it was difficult for me to get into the book due to the accent of the reader, however, after the first few chapters, I was hooked! I highly recommend all to hear the sad details of slavery and the terrible encounters that Mr. Northup (and other slaves) endured. It's a true eye opener into a part of the deplorable piece of history of America.