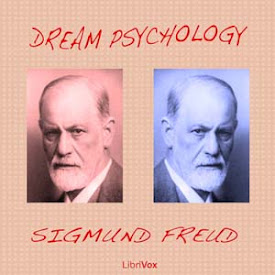 Not a few serious-minded students, [...], have been discouraged from attempting a study of Freud's dream psychology. The book in which he originally offered to the world his interpretation of dreams was as circumstantial as a legal record to be pondered over by scientists at their leisure, not to be assimilated in a few hours by the average alert reader. In those days, Freud could not leave out any detail likely to make his extremely novel thesis evidentially acceptable to those willing to sift data. - Freud himself, however, realized the magnitude of the task which the reading of his magnum opus imposed upon those who have not been prepared for it by long psychological and scientific training and he abstracted from that gigantic work the parts which constitute the essential of his discoveries.

The publishers of the present book deserve credit for presenting to the reading public the gist of Freud's psychology in the master's own words, and in a form which shall neither discourage beginners, nor appear too elementary to those who are more advanced in psychoanalytic study. - Dream psychology is the key to Freud's works and to all modern psychology. With a simple, compact manual such as Dream Psychology there shall be no longer any excuse for ignorance of the most revolutionary psychological system of modern times. (From the book introduction, by Andre Tridon)

Dreams Have a Meaning

Why the Dream Disguises the Desires

The Wish in Dreams

The Function of the Dream

The Primary and Secondary Process - Regression

The Unconscious and Consiousness - Reality

what a fascinating & intelligently put outlook on the dream scap

I found this book very deep and very interesting. Although I did struggle with many concepts in this, I did enjoy it alot. My hat is off to the author for applying logic to dreams which at times seem very choatic in nature.

I think a book with this complexity is better read than listened to. Some of the readers could have done with a bit more animation too.

First time actually reading Freud after hearing about him all my life growing up. I was severely disappointed in the actual content, as its exceedingly bias not only in a male point of view, but also assuming the unconscious mind of average people are as educated as himself. There are still some good takeaway points and its short enough to still be a worthwhile read, but dont take it as gospel truth. Its truly outdated and bias and more of a history lesson than anything else nowadays.

This book is a good educational tool for people going in the medical field.

The second part is horrible, I'll just read it somewhere else...