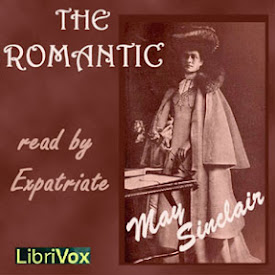 As a simple story told, "The Romantic" is one of Sinclair’s tightest and most compelling. Charlotte Redhead, a young British secretary, finds herself in a degrading extra-marital affair with her boss. In reaction, she renounces Sex and links herself platonically to a handsome young Bohemian (John Conway) she meets by chance, tramping in the fields. Together, under a powerful romantic excitement, the two rush off to Belgium in the early weeks of World War I, having organized their own little volunteer ambulance corps. The romance of the adventure begins to break down when the various ambulance corps start to back-stab each other, each selfishly seeking to one-up the others for glory. The real crisis comes when the central characters begin to reveal the true human characters behind their romantic delusions, in the end turning the attention back to the genuine human suffering that was the real story of the hideous Great War. An indictment of the author’s own thrill-seeking past, as revealed in her "Journal of Impressions in Belgium," and showing some of the concerns of the so-called Lost Generation that included Hemingway and Dos Passos and Woolf, "The Romantic" weaves together a number of fascinating themes, re-interpreting with Sinclair’s inimitable frankness post-war attitudes about sex, war, patriotism, and even the new psychology. (Summary by Expatriate)