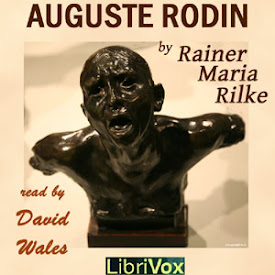 Rodin has pronounced Rilke's essay the supreme interpretation of his work. (From the translators’ Preface) Auguste Rodin, 1840-1917, was a French sculptor. Although Rodin is generally considered the progenitor of modern sculpture, he did not set out to rebel against the past. He was schooled traditionally, took a craftsman-like approach to his work, and desired academic recognition, although he was never accepted into Paris's foremost school of art. Sculpturally, Rodin possessed a unique ability to model a complex, turbulent, deeply pocketed surface in clay. … Rodin… modeled the human body with realism, and celebrated individual character and physicality. From the unexpected realism of his first major figure… to the unconventional memorials whose commissions he later sought, Rodin's reputation grew, such that he became the preeminent French sculptor of his time. By 1900, he was a world-renowned artist. Rainer Maria Rilke (1875-1926) was a Bohemian-Austrian poet and novelist, "widely recognized as one of the most lyrically intense German-language poets", writing in both verse and highly lyrical prose. Several critics have described Rilke's work as inherently "mystical"…. [Rilke’s] encounter with modernism was very stimulating: Rilke became deeply involved in the sculpture of Rodin, and then with the work of Paul Cézanne. For a time he acted as Rodin's secretary, also lecturing and writing a long essay on Rodin and his work. Rodin taught him the value of objective observation… - Summary by Wikipedia and Translators' Preface (1 hr 52 min)

This is an insightful work by a talents writer and poet about his friend, the master, Rodin. This little book was a joy to listen to at first and even more so after viewing Rodins works. The artistic collaboration between these two men is a gift. This reading is good and the reader body of work on librivox is impressive.

A Master of many mediums

This thinker was his best work