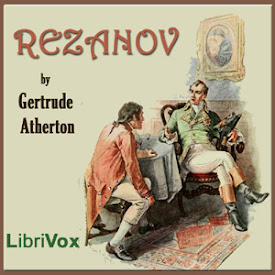 This novel by the prolific Californian author Gertrude Horn Atherton is based on the real life story of Nikolai Rezanov, a man who, in 1806, pushed for the Russian colonization of Alaska and California. "Not twenty pages have you turned before you know this Rezanov, privy councilor, grand chamberlain, plenipotentiary of the Russo-American company, imperial inspector of the extreme eastern and northwestern dominions of his imperial majesty Alexander the First, emperor of Russia—all this and more, a man." Twenty-one years later, Atherton penned the biography "Rezánov and Doña Concha" on the centennial of a famed romance between the statesman and a Spanish girl, who became a nun after his death. - Summary by Lynne Thompson (7 hr 12 min)