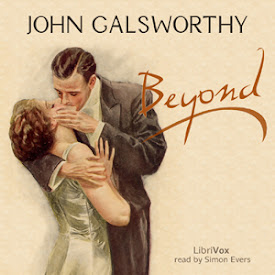 Gyp, the daughter of ex-Major Charles Claire Winton, at the age of 23 marries Fiorsen, a Swedish violin virtuoso. Her mother, the wife of another man, has been Winton's mistress; she had died when Gyp was born. A highly sensitive child, Gyp has grown up in isolated surroundings with a kind, but very British, father. As she gets older her father tries to introduce her into society. An attack of gout takes him to Wiesbaden for a cure and, as he never goes anywhere without her, she accompanies him. There she is mesmerised by Fiorsen and his playing. Intensely musical herself and inexperienced, she's flattered by the homage of the violinist although her father soon sees through him. She also sees he is talented but unstable, ignorant, vain, hypersensitive, with an air of romance – a typical virtuoso. Gyp realises that she may well have made a mistake in marrying Fiorsen. The book follows what happens to her thereafter. ( Simon Evers) (12 hr 20 min)

I had a tear at the end of the story! Great story, but I believe the reader Simon Evers is the one that brings it alive... One of the best readers... The only thing is I'm now running out of books he has read!... Thanks for you time!

Mr. Summerhay nor Gyp took account of one another's traumas that shaped themselves, especially Gyp's traumas . When their situation came to a peak, if only Summerhay would have told Gyp he understood what she has been through, i.e. the psychological approach, her mother's death due to her birth, the awful marriage to the Swedish Violinist , and so on, and that he understood or wanted to understand. Gyp's salvation: Gyp with her father Winton's help would do charity . So i guess we can all vicariously feel good without compunction, because Charity uplifts the poor, NOT ! Charity uplifts the charitable but it cannot lift enough poor and workers...... Gladstone started to do the right thing , and so did following liberal and labour governments . The liberals and labour were pushed from the grass roots worker and women's struggles. The Tories have rolled back the democratic changes the workers movement and women movement fought for . I will be relieved when old labour wins and nationalizes essential services, put banksters in jail , and kick out the privitization vultures in the NHS.......

A beautiful, tragic, and complex love story, excellently read. These are complex characters and Galsworthy's restrained writing style doesn't reveal them in a rush. As the father of a daughter, i found the story line hit close to home. It's hard to believe that the author was in fact childless. Perhaps it was his personal longing that makes the story pull so at the heart. It was initially difficult to get over the setting of this romance and to concentrate on the character studies. The mores of Edwardian high society with its retired majors and baronets' ladies are as foreign to us as those of a different species. And the hyperbole! Did anyone ever actually speak like that? Yes, i think they probably did. As usual, Simon Evers does a superlative job of putting over this emotional piece. I particularly like the sound of gulls in the background of the recording and envision his studio somewhere on the south coast... did i get that right, Simon? TheBookworm (Manchester, UK)

Sad story, but a balanced ending

i love Simon Evers reading! I found the story interesting, but the ideologies of the prmary characters a little one dimensional. The author made me think about the complexities of the man women relationship, commitment, and selflessness. I was very happy that the ending displayed the maturity and the coming to terms with life of the main female, so that even though the story on the whole was a sad one, it did not end tragically.

I found the story a little long winded (and sad of course) but a beautiful tale nonetheless and excellent narration: Simon Evers has perhaps the best RSVP on Librivox: rhythm, speed volume and pitch.

Excellent recording. This is a less familiar work of Galsworthy for me. Perhaps a repetition of themes in earlier work. I enjoy his work very much so I was glad to find this.

An excellent young woman of dubious parentage navigates the rough waters of love and marriage amongst the elites in early 20th Century England.

What an excellent book. You never want to stop listening. And of course Simon Evers does an excellent job as usual. LibriVox, I love you.