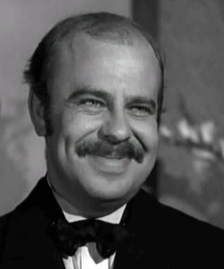 (16 Episodes) "Luke Slaughter of Tombstone," starring 27 year old actor Sam Buffington, debuted on CBS Radio February 23, 1958. This outstanding 25-minute per episode OTR Western program was heard Sundays at 12:05 pm or 1:05 pm. The program had a top-rated director and great writers. Sill, it lasted only a total of 16 episodes; the final episode was broadcast June 15 of the same year. * OPENING LINE: "Slaughter's my name, Luke Slaughter. Cattle's my business. It's a tough business, it's a big business. I got a big stake in it. And there's no man west of the Rio Grande big enough to take it away from me." * STORYLINE: Luke Slaughter was a Civil War cavalry officer, turned cattle rancher, in post-Civil War Arizona Territory near Fort Huachuca and the town of Tombstone, not far from the border of Mexico. * Luke Slaughter of Tombstone popularity has stood the test of time - sadly, the man who held the top billing in the series, Sam Buffington, didn't survive to see this happen; he died at the age of 29, a victim of suicide. SOURCE: Digital Deli Too OTR * def gp ddh

if you're ready for a change from gunsmoke... this is a good one