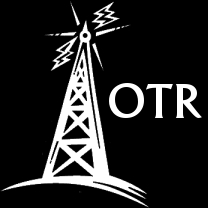 Sounds in the Cave

I just love listening to this on my MP3 player when I have some free time. (It takes more effort than music, but less effort than a book) Some is so classic, some old fashioned, and some just laughable. The original Tarzan call is hilarious. Whoever changed it to the now legendary Tarzan call was brilliant once you hear the first one you will see how badly the radio version was. I bet kids would like it too for car trips. There is a wholesome simplicity and I am downloading more episodes to see what happens next.

More to the story

I should mention that this episode 77 isn't the end of the series and apparently there are more episodes that are missing . I would love to see them appear one day.

Tarzan, who charms in the movies with his utter physicality, and simplistic dialogue, is not a natural subject for radio. In this group of shows, which features Edgar Rice Burroughs daughter as Jane, and his son in law as Tarzan, we writers fail to meet the challenge of trying to design a radio show around an inarticulate character. The pace of the episodes is glacial, and the racism is casual and constant. Tarzan completists might be interested because of the Burroughes family's invovlvement. Otherwise, skip. Chandu the Magician and Jungle Jim do a better job at providing the same sort of entertainment.

this is the complete series...

This is the complete series despite the name page 1. Page 2 had way more modern series from the fifties. This is the original 1930's series,however.