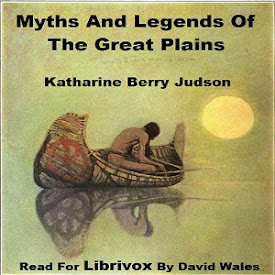 Myths And Legends Of The Great Plains (version 2)

Here, amidst the vast sweep of the plains which stretch away to the horizon on every side, boundless, limitless, endless, lived the plains Indians. Standing in the midst of this vast green plain on a soft May morning, after the Thunder Gods have passed, when the sun is shining in the soft blue above, and the sweet, rain-swept air is blown about by the Four Winds which are always near to man, day and night,—standing far out on the plains with no hint of the white man or his work—one sees the earth somewhat as the Indian saw it and wonders not at his reverence for the Mysterious One who dwelt overhead, beyond the blue stone arch, and for the lesser powers which came to him over the four paths guarded by the Four Winds….

The authorities used in this compilation are those found in the annual reports of the Bureau of American Ethnology and the Publications of the United States Geographical and Geological Survey: contributions to North American Ethnology…. No claim whatever is made for original work. Indeed, original work of any kind in a compilation such as this would impair the authenticity of the myths, and therefore destroy the value of this work. Nor has any effort been made towards “style.” The only style worth having in telling an Indian legend is that of the Indian himself.