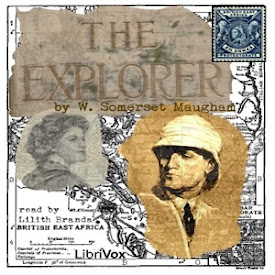 An early novel by W. Somerset Maugham about conflicting feelings of self-integrity, filial love, romantic love. Lucy Allerton and Alec MacKenzie have to choose between grasping happiness that is their due and upholding a set of moral values that define themselves. - Summary by Lilith Branda (8 hr 17 min)

I don't know why others have spoken badly of this narrator. Maybe people who have never been outside their own neighbourhood? Maybe too much American TV? l had no trouble understanding Ms. Branda and enjoyed the relaxed pace.

A delightful early novel by Maugham describing the mores of British society at the end of the 19th century. Appropriately read with a proper British accent by Ms. Branda, although the recording quality of the first chapter is worse than the remaining chapters. Other reviewers who had difficulty understanding Ms. Branda are obviously inexperienced in conversing with Brits.

In my view the problem here is not so much the “accent” of the reader but the quality of the recording itself.

SOMEBODY PLEASE DO A 2nd VERSION. Gave up before first chapter was finished. I was straining every nerve to understand the words. Not only was the reading made unintelligible by her thick accent...the narrator whispered. Who runs this service? Who is the decision maker? Does anyone take seriously the constant flood of complaints about atrocious performances? The LibriVox staff is strange. They are tone deaf or they don’t give a damn. Certainly they have no respect for the books they are slaughtering for posterity.

Love to hear this book with a proper reader. Im afraid this reader is absolute…

Agree with other review can someone please read this book in clear English?!