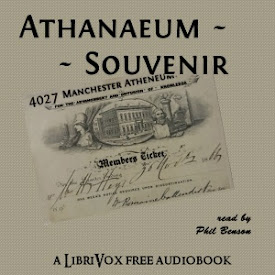 The Manchester Athenaeum was founded in 1837 as a society for the "advancement and diffusion of knowledge". This short collection of poems was published to raise money for the society's annual bazaar. The collection included contributions from 'marquee' poets of the time, including Charles Swain and Agnes Strickland, and Thomas Hood provided an entertaining preface on poetry as food for the mind. It also found space for several of the local school of poets, who were determined to show the world that Manchester was not just a centre of industry and trade. In addition to poems by Ner Gardiner, John Bolton Rogerson, Isabella Varley (later Mrs. Linnaeus Banks, author of 'The Manchester Man'), Samuel Bamford, Isabella Caulton and John Critchley Prince, the collection includes Ann Hawkshaw's first published poem and a rare published piece by Jamaican-born Robert Rose, Manchester's 'bard of colour'. - Summary by Phil Benson (1 hr 31 min)

The Disappointed by Charles Swain

The Infant by Agnes Strickland

Stanzas for Music by C. B. Greatrex, Jun.

The Atheist and the Thistles by H. W. Wynn

The Release by Isabella Varley

Wit and Wisdom by Charles Swain

The Past by Thomas Smelt

The Bard and his Pupil by Samuel Bamford

A Summer Evening in July by George Richardson

Remember Me by Isabella Caulton

The Request by John Critchley Prince

The Emblem of Life by W. B. Flower

The Life of Man by Robert Rose

The Mysterious One by M.