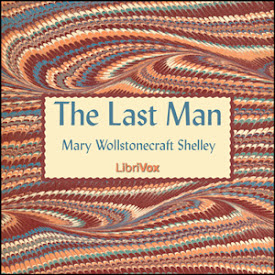 The Last Man is an early post-apocalyptic science fiction novel by Mary Shelley, which was first published in 1826. The book tells of a future world that has been ravaged by a plague. The plague gradually kills off all people. Lionel Verney, central character, son of a nobleman who gambled himself into poverty, finds himself immune after being attacked by an infected "negro," and copes with a civilization that is gradually dying out around him. (Summary from Wikipedia) (18 hr 0 min)

Over and over again reviewers complain of someone's voice

here and elsewhere. Gesine who reads the introduction has no intonations or modulations at the end of phrases or sentences. She has a fine, mature female's voice. Xe Sands(said as Madeira in self introduction to her chapters) is exceptional. She seemed to be one of the few readers to bring both emotion and nuance to this very difficult book and read at a human pace. It was very difficult to listen to this book because i think most of the readers were just trying to get archaic words and phrases right. over all it was read too much like a task. Of course this book would be a task for the majority of readers. Shelly's Frankenstein, or the new Prometheus was much easier to listen too. I assume you easy chair critics are referring to the readers of tracks 2,5 and 6. As for me I enjoy Lizzy Driver's voice. She has a lovely voice. Anyone who becomes perturbed by her barely perceptible, evanescent, "intonations" that sometimes occur at the end of her sentences should have their head examined. or maybe have your medication increased. And i'm actually become to like Lizzy's distinctive modulations. Being a lover of lexicography and etymology -- but certainly not expert -- i love listening to books with "dense/archaic vocabulary". And actually much of the vocabulary in this great work of the early 19th century is still in the good dictionaries today. The sad thing is we hardly use good diction anymore and our modifiers(adjectives, adverbs, etc) are few. And too often grammatically incorrect variations of expletives. and i confess i am guilty of this too and not very good at grammar either. ....And complain about a great free service and volunteers taking time to read and do other things. Pull out your big fat wallets or credit cards and go buy it then, ha. I have no affiliation with any reader, nor with Librivox and IA. I wish i could donate but am disabled and barely have enough for food by the end of the month. all i have to give is my love and gratitude to all the volunteers, staff at Librivox and Internet Archive. thank you so much, your readings and other media keep life worth living for me. god bless(although i am not religious. i was just brought up to say that as the most sincere compliment with great platonic affection)

That was like nothing I've read before. I wouldn't classify it as science fiction, yes, it takes place in the future but other than the title suggests it's more like a history of a plague that took place in classical times. It's something like a Greek tragedy with a tinge of horror. There are love stories, adventure, battles and finally, a plague. The writing is intense and pithy with much description and touches of poetry. Yes, you unfortunately have to suffer through a few bad readers which really affects your ability to get much out of the text (that one in particular-ugh ugh- thankfully only read one chapter) but most are good, especially towards the end. I thought the reader with the slight lilt at the end of each sentence was a very good reader.

I have to agree with the second and third reviewers. As heroic as the reader was to tackle this book (long length and dense/archaic vocabulary), the up-pitched intonation she adds at the end of every sentence is so distracting as to disrupt ones concentration on the words themselves. No, she doesn't ready *every* chapter, but every fourth or fifth chapter. But, if you can't make it through those, then you aren't getting the whole book.

There is a lack of futuristic technology, but I think that's because right around the time this book was written it was thought that all inventions had been made. I at first thought the amount of time spent on the main character's life before the plague was too much, but when I read the reasoning behind it, I immediately saw the value in it. This book may well haunt me more than Dracula!

I couldn't pass the first chapter. The reader's manner of reading is impossibly annoying -- ending EVERY sentence with the same up-ward intonation. I tried to force myself to listening to the actual story, but I couldn't. I have to say, though that the voice of this reader and her pronunciation is fine. It's just that ending of every sentence!... I guess she has a room for improvement.

I don't usually comment on reviews - but I proof listened this one and didn't have any trouble understanding anybody. But I assume that both readers were complaining about the first reader. Really? You didn't like her voice ? You could understand her , but you didn't like it ? It was 11 minutes of an 18 hour book and you didn't just skip the introduction ? Really ?

this is excellent except for the sections by xe sands. all of the different “voices” she does makes the reading excruciatingly painful to listen to & reads so slowly i’m not sure how it’ll ever be gotten through. they’re atrocious.

Good, if you can get past Lizzy Driver

Overall superb, however Lizzy Driver's delivery was insufferable, Shelley didn't write this as a Quiz !Christine Blachford must have been in a hurry to get somewhere ?