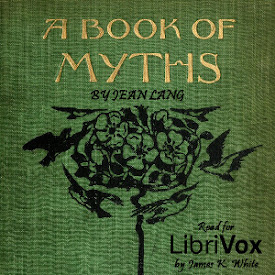 A Book of Myths

This is a collection of myths--mostly Greek with a smattering of others from the east--written in a clear and easy-to-read style. Lang complemented each myth with poetry by other authors who, like her, were inspired by these ancient stories of the gods. Lang chose these stories because they portrayed heroic gods, faithfully and blindly worshipped by man. Ultimately, however, these gods demonstrated the same frailties as humans, and were found to be just as corrupt. Still, as Lang said, in spite of this these myths portrayed "a wonderful humanity that strikes a vibrant cord . . . ." This is significant to a deeper understanding of the collection as it was published in 1914 against the backdrop of the first world war, the war to end all wars--a war that doomed millions of common men to suffer "Promethean agonies," and die on battlefields in a most un-heroic way. As you listen to the narration, compare the gods of myth--with all their human frailties--to the 20th century, god-like European leaders who traded the wonderful innocence of humanity for the notion of "a noble cause." - Summary by James K. White (10 hr 24 min)

King Midas of the Golden Touch

Latona and the Rustics

The Cranes of Ibycus

The Death of Adonis

Freya, Queen of the Northern Gods

The Death of Baldur

The Children of Lir

Wonderfully read, thank you. Your voice, at times, sounds like Morgan Freeman's.