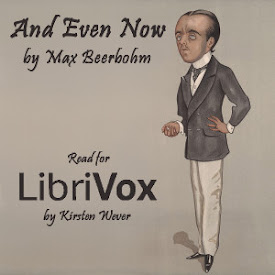 This is a diverse collection of essays by English writer Max Beerbohm, whose circle included such notables as Oscar Wilde, George Bernard Shaw, Ezra Pound, and Somerset Maugham. Much of Beerbohm's work was humorous, including parodies of various aspects of the upper class life into which he was born.

Some of these pieces are humorous, some philosophical, and some even sad. They include, for instance: a frankly self-critical piece on the pomposity and self-importance of his early literary ambitions; a half-eager, half-repining essay on a missing and uncompleted portrait of the great German writer, Johann Wolfgang von Goethe; and a funny, but politically critical essay on "the servant question." (Summary by Kirsten Wever.) (7 hr 55 min)

A Point to be Remembered by Very Eminent Men (1918)