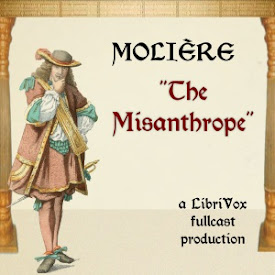 Alceste, the misanthrope, hates everyone including himself. But unlike in many pure farces with their cliche stock characters, the characters here are much more well rounded, and who knows - Alceste might actually grow and change throughout the play. "Those who admired noble thoughts, select language, accurate deliniations of character, and a perfect and entertaining style, placed this comedy from the very beginning where it is generally put, with the common consent of all students of sound literature, in the foremost rank of the good comedies of Moliere." - Summary by Translator and ToddHW