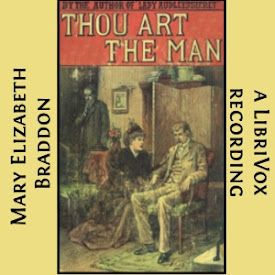 Thou Art The Man

Sibyl married after assuming that her cousin, with whom she was in love, died. However, said cousin, who suffers from epilepsy, found himself near a murder scene and had no idea what happened. Fearing the worst, he ran away. Ten years later, Sibyl discovers that he is alive. What happened on that terrible night? - Summary by Stav Nisser (17 hr 6 min)

A Letter from the Dead

From the Faroff Land

If it could have been

In the Pine Wood

"What do you know about this?"

"Grudged I so much to die?"

"What Love was ever as Deep as a Grave?"

"Ah, but, forgetting All Things, shall I thee?"

"In the Grey Distance, Half a Life away"

The Carpews have a Boarder

"So we but meet not part again"

The Vicar of St. Jude's

The Furies on the Hearth

"And the Devil may pipe to his own"

"Let a Passionless Peace be my Lot"

"For is not God All Mighty?"

The Heroic Self-Revelation of Coralie

I enjoyed the story. The murder mystery isn't much of a mystery; it's surprising that the main character didn't clue in sooner. The reader is new, and as a new reader did a good job. She was dramatic, but not too dramatic. She was a bit slow for my taste, but that's better thn too fast, I think. :) There were a whole lot of pauses in the middle of phrases, some stumbles/repeats, and several mic bumps. I fault the PL for this. As I was listening, I wondered what the proof-listener had been doing instead of actually proof-listening. (These issues are a part of standard PL, so should have been pointed out.) I think the reader will improve with practice as long as she has a trustworthy proof-listener.

Wow! This one was finished up so fast it didn't even get on my list of anticipated books from this author. Perhaps the PL had trouble keeping up? :) No rating, yet, but I have to say that I remember enjoying this reader's unique reading style when listening to the two Wilkie Collins books she helped read. Just slow enough and quite intelligible for this old distracted brain. Glad she ended up reading the whole thing because I prefer solo readings. I've just got a few other series-enders to listen to first. Just love these Braddon stories and there's dozens more to look forward to the reading of.

I really enjoyed both story and reader. Another reviewer was too harsh in her review: the reader did start out a bit weak but improved very much throughout the reading. The story has good plot and character development, and easily kept my attention.

Great story. Inconsistent reading tempo, sound, and fluidity, but worth sticking through.

another good story by this author

Reader has a nasaly voice. The volume of her voice fluctuates from high and low, I had to raise and lower the volume. She also has a lot of movement noise. I believe this is her first recording. If those issues stated above , are corrected, I may be able to listen to other recordings she may do. I will try to listen to the story again, maybe.