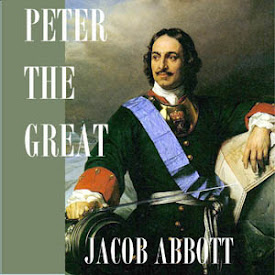 There are very few persons who have not heard of the fame of Peter the Great, the founder, as he is generally regarded by mankind, of Russian civilization. The celebrity, however, of the great Muscovite sovereign among young persons is due in a great measure to the circumstance of his having repaired personally to Holland, in the course of his efforts to introduce the industrial arts among his people, in order to study himself the art and mystery of shipbuilding, and of his having worked with his own hands in a ship-yard there. The little shop where Peter pursued these practical studies still stands in Saardam, a ship-building town not far from Amsterdam. The building is of wood, and is now much decayed; but, to preserve it from farther injury, it has been encased in a somewhat larger building of brick, and it is visited annually by great numbers of curious travelers.
The whole history of Peter, as might be expected from the indications of character developed by this incident, forms a narrative that is full of interest and instruction for all. (from the Preface of Peter the Great) (7 hr 2 min)

The Childhood and Youth of Peter

Commencement of the Reign

Conclusion of the Tour

The Battle of Narva

The building of St. Petersburg

The Revolt of Mazeppa

The Flight of Alexis

The Condemnation and Death of Alexis

Rus? Is that his name? Amazing reader. I don't understand why that slow whispering girl would even want to read this and I wish she didn't. It was awkward and like she was putting on some sort of breathy whispering character not for this tupe of book. Love Abbott books and chuckle when he talks about "modern times" which now is just another gem and look into the past for us

From sing-song to staccato to whispery breathy readers, hard to follow most of the chapters 😕 Would prefer more neutral British /American accent when translation is in English. Appreciate the effort though 🙂

Great story of the life of a great but questionable man. Some chapters are read so quietly, as to make them almost unlistenable in most environments other than sitting somewhere quiet and not moving. Or breathing to heavily.

I enjoyed the reading. All readers did a good job. One reader spoken very softly and it was difficult to listen while driving at times.

Captivating. I thought readers did great. Though I did have to adjust the volume at times. Mr. Lemke great voice.

good book, good readers, I did have to turn up the volume every time the soft voice read.