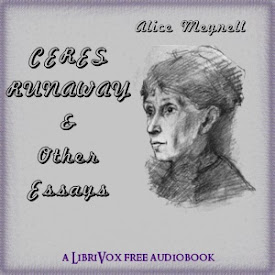 Alice Meynell was an English essayist, critic, and poet who was also a leading suffragist, serving as vice-president of the Women Writers' Suffrage League, She and her husband Wilfrid Meynell were active in publishing and editing literary works including helping to launch the first works of Francis Thompson, author of "Hound of Heaven." The Meynell's later converted to Roman Catholicism. These essays are very evocative for anyone who has, or wants to visit London, capturing the atmosphere of the late nineteenth century In "Ceres' Runaway," she covers topics ranging through travel, literature and children. - Summary by Larry Wilson (2 hr 58 min)

The Child of Tumult

The Child of Subsiding Tumult