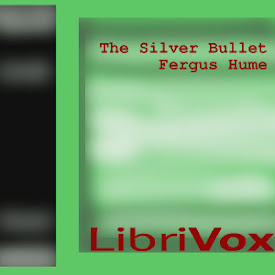 Dr. Jim Herrick and his friend Robin are on a walking tour in the English countryside when they come across a large house where all the lights in the house are on and all of the doors are open. While trying to find someone at home, they discover the body of Colonel Carr, dead from a gunshot wound. After reporting their discovery to the authorities, Dr. Jim decides he would investigate the murder. Suspects abound as the Colonel was an intensely disliked person. A classic “who done it” written by a well respected British mystery writer will hold the attention of a listener throughout the tale. (Summary by Richard Kilmer) (12 hr 14 min)

The House in the Pine Wood

The Verdict of the Jury

The Theory of Mrs. March

The Wooing of Robin Joyce

The Confession of Bess

Part of the Truth

A Message From the Dead

The Story of Frisco

Richard has a pleasant & soothing voice. It may take a few minutes to get used to it though because it often rises in odd areas. The story has many turns throughout it but it's not convoluted nor hard to follow.

One of my favorite readers

it's funny how even the characters frustrated with so many possible guilty killers " I wonder who they will blame".

great story, reader has done a excellent job. thank you

This Fergus Hume book puzzled me. It seemed so flawed for this writer who usually has such a light touch, is humorous, witty and depicts believable characters. I thought at first it was an early effort but the date given for it is 1908. Dr Jim is a bully and rpoud of it ("You have no idea how I can torture people"), a self-satisfied, hypocritical bigot who is so judgemental of everyone around him but has the cheek at one point to declare, "I judge no one". Everyone ends up doing what they're told, even Sydney, and perhaps the criticism Dr Jim receives at the end is what Hume really thought of him. The plot was moderately interesting. I thank the reader, Richard Kilmer, who did a lovely job.

I thought this story was terrific. So many twists and turns and I had no idea until the last moment who did it. Great job by the reader. I'm not sure why he cops so much flack. He does have a unique style that takes a few minutes to get used to but once you do it's very easy to listen to.

The plot was confused and rambling with too many unnecessary twists. The beginning was quite interesting, but this early promise did not hold. The reading made it much worse, as the reader had no concept of natural breaks in sentences. He paused at random intervals and had a strange sing song delivery that grated after some time.

Someone actually did it, so justice is satisfied. This is one of Hume's best, and Richard Kilmer's velvet voice just enhanced it. You will enjoy this one.