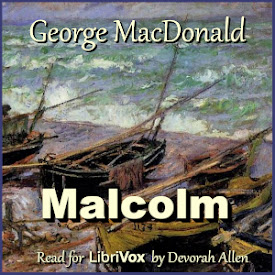 Malcolm MacPhail has lived, for all of his twenty or so years, in a fishing village on the north coast of Scotland. He lives with his grandfather and, though he has never met his parents, has no curiosity about the details of his birth. However, others in the town have their own curiosity, and their own suspicions, about where this highland man and his infant grandson came from, those twenty or so years ago. When the local marquis and his daughter come to live in their grand estate just outside the town, unoccupied for many years, events begin to move which introduce to them the humble Malcolm, and which may shed some light on Malcolm's past while changing the course of his future. (Devorah Allen) (18 hr 16 min)

The Marquis of Lossie

The Slope of the Dune

Milton, and the Bay Mare

Mr. Cairns and the Marquis

Miss Horn and the Piper

The Cuttle Fish and the Crab

The Laird and His Mother

The Cry From the Chamber

The Marquis and the Schoolmaster

Riveting story. Endearing characters. Soul satisfying tale. I wait expectantly for the sequel to be recorded! (Yes, the dialect is not what our modern ears are accustomed to, but this American understood the storyline very well with minimal relistening. Don't be afraid of it, as you will soon be able to understand all foreign words in context and may find you have added a few new - actually old - words to your vocabulary.)

Malcolm is basically a historical novel, with lots of picturesque scenery, Scots dialect, social and religious conflicts, and some of the most memorable characters outside of Dickens. It would make a great serial graphic novel! Anyone? (Also, there is a sequel to Malcolm called "The Marquis of Lossie": would love to hear it on Librivox.)

Normally, I have no problem with accents. This English dialect, I cannot understand.

Good story. Took a while to get my ear into the Scottish

Wonderful story, challenge to follow the dialect. Reader is excellent!

Thank you Devorah for the excellent work.