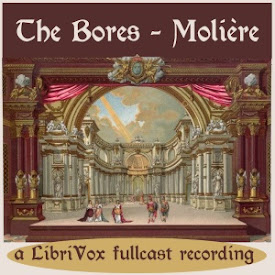 Moliere: "Never was any Dramatic performance so hurried as this; and it is a thing, I believe, quite new, to have a comedy planned, finished, got up, and played in a fortnight. I do not say this to boast of an impromptu, or to pretend to any reputation on that account: but only to prevent certain people, who might object that I have not introduced here all the species of Bores who are to be found. I know that the number of them is great, both at the Court and in the City, and that, without episodes, I might have composed a comedy of five acts and still have had matter to spare."

So with that, who needs a plot? - Summary by ToddHW

This is Moliere before he became Moliere. The characterization of the bores is pretty funny, but the intricate plotting of his later works is absent. The voice cast does a commendable job.