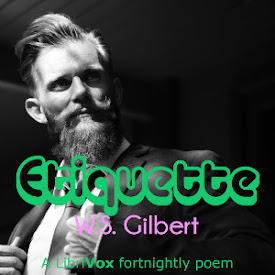 Sir William Schwenck Gilbert was an English dramatist, librettist, poet and illustrator best known for the fourteen comic operas (known as the Savoy operas) produced in collaboration with the composer Arthur Sullivan. The most famous of these include H.M.S. Pinafore, The Pirates of Penzance and one of the most frequently performed works in the history of musical theatre, The Mikado.
Gilbert's creative output included over 75 plays and libretti, and numerous short stories, poems and lyrics, both comic and serious. After brief careers as a government clerk and a lawyer, Gilbert began to focus, in the 1860s, on writing light verse, including his Bab Ballads, short stories, theatre reviews and illustrations, often for Fun magazine. ( Wikipedia) (1 hr 4 min)