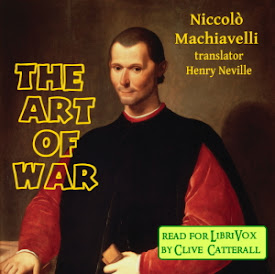 The Art of War (Neville Translation)

The Art of War (1521) is the only book published by Niccolo Machiavelli during his lifetime, and he saw it as one of his finest achievements. The Art of War develops many themes introduced in Machiavelli’s earlier works “The Prince” and “Discourses” and presents them as the collected wisdom of a fictional leader Lord Fabrizio Colonna. The book is constructed as a series of dialogues supposedly held during a summer afternoon spent in the Orti Oricellari gardens in Florence.

The stated aim is “To honor and reward virtue, not to have contempt for poverty, to esteem the modes and orders of military discipline, to constrain citizens to love one another, to live without factions, to esteem less the private than the public good, and other such things which could easily be added in these times.” As in “The Prince” Machiavelli develops the idea of limited warfare, where force is used as an extension of politics, but now also introduces elements of psychological warfare. In the first part of the book Machiavelli strongly warns that any state establishing a standing army must take special measures are taken to prevent military leaders gaining too much control. If the state ignores this it risks a military coup: something we still see today.

The Art of War was a standard text on military tactics for three hundred years, only losing favour when developments in the range and accuracy of firearms made the Linear Tactics it described obsolete.

This translation by Henry Neville was published in 1675 when The Art of War was still considered a practical military manual. - Summary by Clive Catterall (7 hr 0 min)

Thanks a lot for such a jewelry.