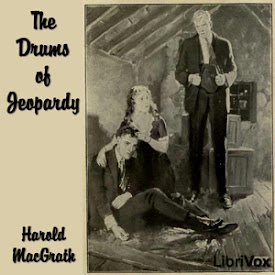 The Drums of Jeopardy

The Drums of Jeopardy is a 1920 American novel by Harold MacGrath. The story was serialized by the The Saturday Evening Post beginning in January of 1920.

Great story, too many readers

Excellent, well paced international mystery. Starts out with good male reader for a gentleman's hero tale, then switches over to high-pitched voice female chapter readers just when the physical action heats up. Equates to distracting and limp narration from then on. Stlll, story worth a listen; suggest a future audio re-do with just one strong reader from beginning to end.