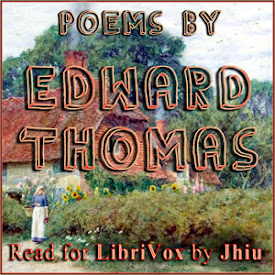 Born in 1878, Thomas published his first book when he was 18. Having married while still at university, he supported his family by writing articles and books, some in the form of what we might call slow travel writing, compiled on walks throughout England and Wales. He came to poetry late, encouraged by Robert Frost, and wrote 144 poems between 1914, and 1917 when he was killed, two years after enlisting, and shortly after arriving in France. His poetic life coincided with WW1, and though not a war poet, his is the poetry of loss, of life as it would never be again. What is powerful to the English imagination is his depiction of the fragility of the English countryside. This is inseparable from his deep understanding of the longings and regrets of those who would die. Transience and mortality are at the heart of his work. This is true in one of the country’s favourite poems, to be found on this recording: Adlestrop. He is important to other poets in that, at his best, his poetry is quietly, sometimes coldly, conversational, with a slow beat that takes us with him as he thinks through from line to line, and wraps us in his vision of life and the natural world. (Summary by Judith Brennan) (1 hr 30 min)