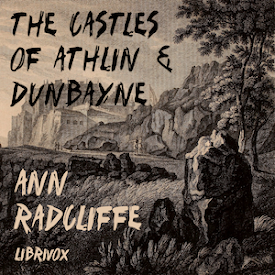 Ann Radcliffe is the founder of the gothic novel. This novel is no exception. The wicked baron murdered the good earl's father twelve years before the novel began. Only twelve years later, free from his mother's wishes, can the earl seek revenge. Meanwhile, Mary, the earl's beautiful sister is falling in love with a peasant. Yet her brother was abducted by the baron and he wants to marry her. She may have to wed him in order to secure his return. We see Mary's conflict along with a description of her brother's captivity. This book has everything: murder, revenge, battles, damsels in distress, aristocrats, captives, secrets, and, most of all, love. It is a love story in every sense: the love to the Scottish highlands in which it is set, the family love that binds almost above all else, and of course the love between men and women. This short work would later influence Radcliffe's other works. Radcliffe had an influence on Jane Austen, Mary Shelley, and many others who wrote popular gothic novels. - Summary by Stav Nisser and Wikipedia (4 hr 22 min)

This story is full of gothic castles, fights, dank prisons, betrayal, love, loyalty and suspense. Thank you for the reading of this story, it was really well read and an enjoyable piece!

A classic Radciffe tale, well-told and quite well-read. Although some parts were predictable, the thickening of other parts of the plot caught me off guard-- appreciate that :) And, as with other Radcliffean novels, I also love the occasional philosophising of the narrator and the beauteous poetry :) So if you're a fan of 18C Gothic romance and mystery, chances are that you'll enjoy this book! Have a beautiful day~