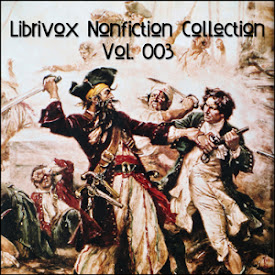 A collection of ten short nonfiction works in the public domain. The essays, speeches and reports included in this collection were independently selected by the readers, and the topics encompass history, politics science and religion. Included in this collection are Martin Luther’s “Ninety-five Theses,” Jefferson Davis’ speech before the United States Senate in 1861 “On Withdrawing from the Union,” William E. Gladstone’s address delivered in the House of Commons in 1893 on “Irish Home Rule” and Wendell Phillips speech in 1837 in Fanuiel Hall in Boston regarding “The Murder of Lovejoy.” You will also find here an epistolary essay by François Marie Arouet de Voltaire “On Lord Bacon,” a letter from Samuel Clemens commenting on the inclusion of Jesus in the list of “One Hundred Greatest Men,” “On Applauding Preachers” by Saint John Chrysostom, an essay by Alice Meynell on “Solitude,” and the entry on Captain Edward Teach (aka Blackbeard) from “The Pirates Who’s Who” by Philip Gosse. (summary by J. M. Smallheer)

Blackbeard, from The Pirates' Who's Who

The Murder of Lovejoy

On the Lord Bacon - Letter XII from Letters on the English

On Withdrawing from the Union